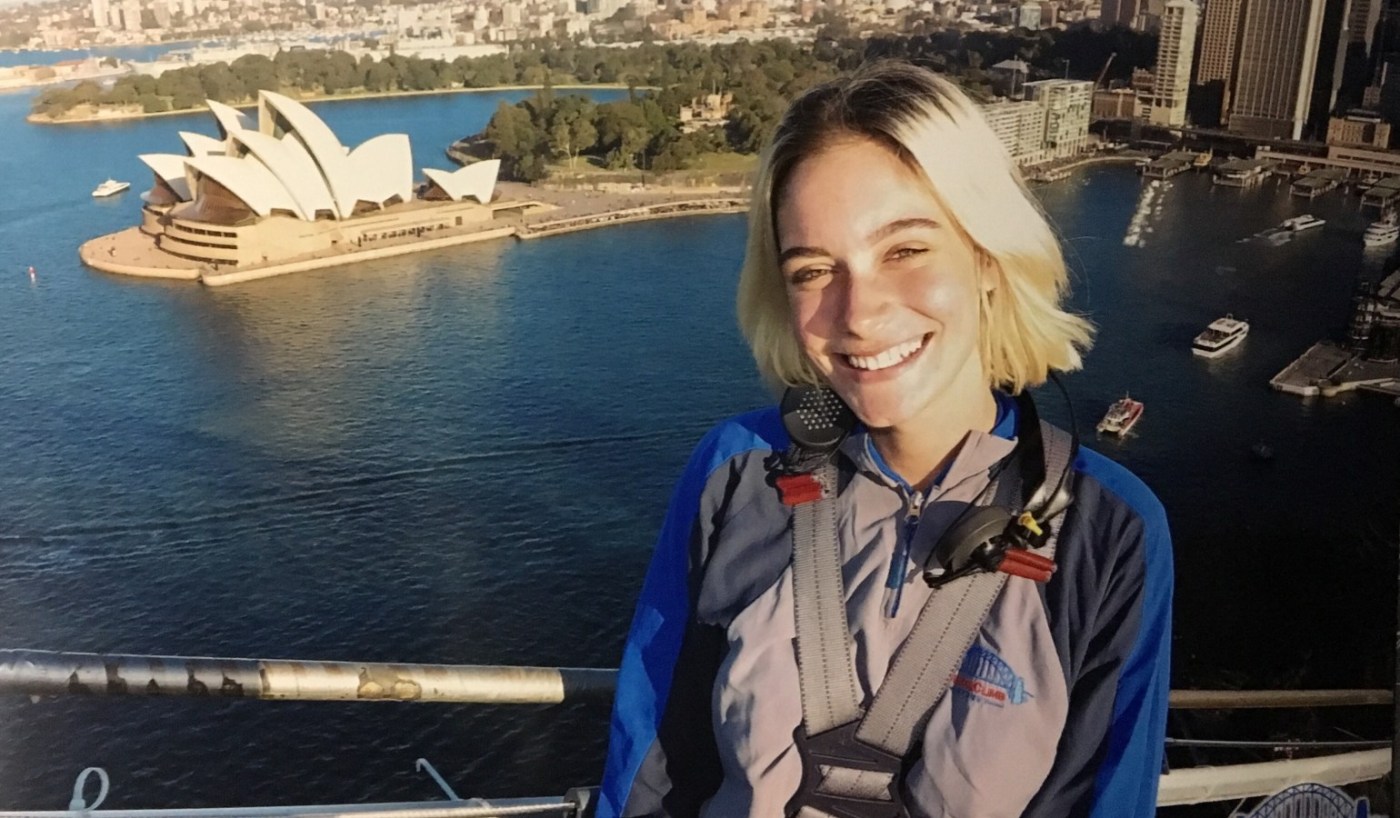 Thankfully the weather perked up a lot today and we were back to clear blue skies and sunshine! So it seemed the perfect day to do a coastal walk. Lyn told me the Bondi -> Coogee Walk was really worthwhile so I decided to check that out. She dropped me off in Bondi, where I grabbed coffee at Sonoma before heading out on the walk.

The walk encompasses many of the main beaches you’re recommended to see when you visiting Sydney – Bondi Beach, Tamarama Beach, Bronte Beach, Clovelly and Coogee Beach.

It was the perfect day for it and was such a nice walk!! The beaches were beautiful and the crashing waves were mesmerising, as were the surfers somehow not dying on the waves. I think my favourite was probably Bronte…or Clovelly….or Coogee…they were all so pretty.

As it was such a nice day, I decided to go the Sydney Harbour Bridge Climb. As it’s very expensive I wasn’t sure whether or not to do it, however I figured it’s a once in a lifetime sort of thing. I wanted to get my moneys worth so I smashed the walk and got straight on the bus from Coogee into the city. I arrived at the Bridgeclimb at 2pm and they said I could climb at 2:25 which was perfect!

The climb took around 2 hours altogether. Initially I had to put my suit and harness on, then we walked under and onto the bridge, before climbing to the top. The view across the city was amazing, especially on such a clear day! The guide gave us a lot of information about the city and how it came to be how it is now. He was very knowledgeable, even if he did talk WAY too quickly.

At the top we had a few photos taken and just admired the spectacular view. The sun was starting to set and it really was the perfect setting. All in all the bridge climb cost 308 AUD (£172). You got a hat, a group photo and a certificate included in this. Then it was an extra 25 AUD (£15) for your own singular photo. I would say it wasn’t really worth all that money BUT it’s a very unique experience that I definitely won’t do again, and also I doubt I’ll be in Sydney again any time soon.

By the time I’d got dressed and sorted myself out I left the bridge climb centre just before 6. I needed to head to Manley as I’m staying with Ree (from Bali) over the weekend. I just missed the 6pm ferry so had to get the 6:30. The ferry took about half an hour and Ree picked me up from just outside the port.

We headed for dinner with Bianca and another of their friends, Maya, at Clovelly Beach Club, before going back for a relatively early night. We are headed for the Blue Mountains really early tomorrow morning!