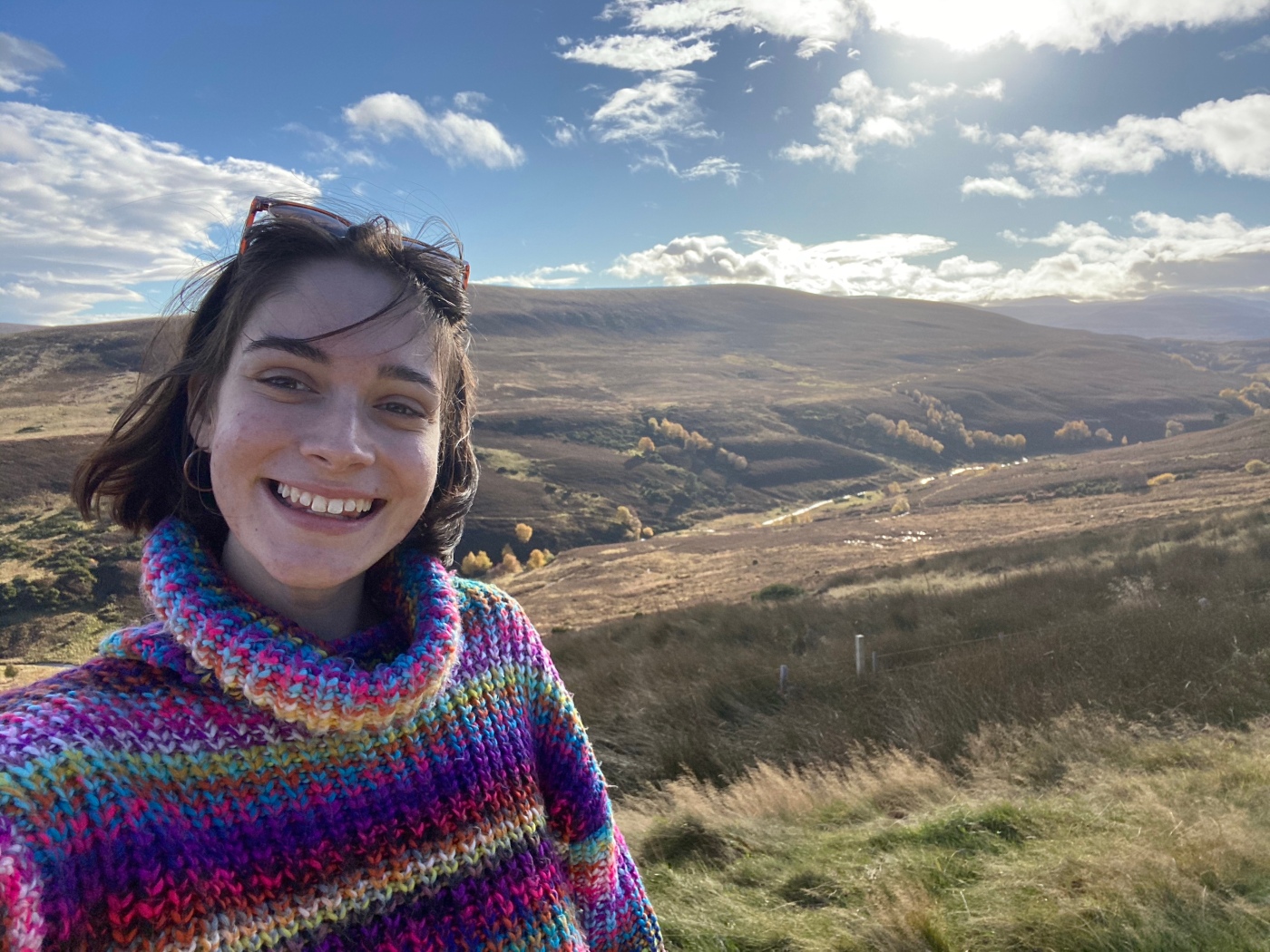 It was another early night after another bad nights sleep today – SURPRISE SURPRISE!! It’s come to my attention that I just *adore* my own bed which does pose a bit of an issue but that’s future Emma’s problem. I checked out of the hostel just before 8 to avoid paying the LUDICROUS £1 an hour parking charge (lol).

My first stop was to head down the road to Bellfield Park just to reminisce about the time I spent there just over 11 years ago! Not much had changed at all since I was last there which was really strange. My dad sent me some photos this morning so I could compare the spots – I think I was 10 in these photos!!

It was really close to the River Ness so I had a very autumnal walk along there before heading back to my car to drive onwards into the Cairngorms National Park.

My first stop of the day was in Carrbridge, somewhere else I’d spent some time when I was younger! Although it wasn’t even 10am yet I really fancied coffee #2 of the day and cake. So I went to Carrbridge Kitchen, sat by a fire and treated myself. Then I went to look at the ‘Old Pack Horse Bridge’ which is the oldest stone bridge in the highlands, dating back to 1717. The river Dulnain flows underneath.

From Carrbridge I headed through the very busy Aviemore and into the Rothiemurchus Forest where I walked around Loch An Eilein. It’s name comes from the Scottish Gaelic for ‘Loch of the island’. It cost £1.50 for me to enter and park here and I’d just planned to have a little wander around. However I ended up doing the full loop of the Loch which took about an hour and a half.

The rest of the afternoon consisted of a pot noodle and lots of windy, hilly roads through the mountains (sorry little car). This was OF COURSE accompanied by some amazing scenery. The route I took from Aviemore was Spey Bridge -> Tomintoul -> Braemar -> Ballater.

Braemar Castle isn’t open at the moment (obviously!) but you can still wander the grounds in front of and surrounding the castle, as well as walk up to it. It’s definitely worth a stop, especially if the sun is shining, because it’s such a beautiful area.

Then I drove into Braemar itself where I had a quick look round the ruins of the 14th century Kilmandrochit Castle, which was once the hunting seat of King Robert the Second. I didn’t really feel like Braemar had that much to offer, but Ballater however has much more going for it. It may be that I like Ballater a lot more because of how little expectation I had. Nevertheless it’s a beautiful little village with loads to check out. There’s plenty of independent places to grab food, drinks and gifts and it’s just so pretty.

The journey from Braemar to Ballater took me past Balmoral Castle but unfortunately the grounds aren’t open at the moment. There is a way you can walk around the path outside and see the castle from a distance, but it was later on in the day and I just wanted to get to Ballater and have something to eat. Once I checked into my hostel – which is very lovely may I add – I quickly headed into the village and got myself a much needed Chinese takeaway!

Tomorrow is a simple journey to head down into Falkirk where I’m very excited to announce I have booked a PREMIER INN!! This signifies the start of my descent back down into England, and then onto home for Monday evening. I’m really having the best time away and don’t want it to end!